HADRIAN COINS
(The images on this page are not to scale)
At the start of the third century, the Roman Empire began to suffer from serious inflation and, to combat this,
the Emperor Caracalla introduced a new silver coin called an antoninianus, after his official name.
The other coins continued in use for a time but they were slowly phased out.

An antoninianus was distinguished from the denarius because of the radiate crown worn by the Emperor.
Antoniniani measured around 21 mm compared to 18 mm of the denarius
In value it represented a double denarius but in reality it only weighed 1½ times as much.
Even then, its silver content was as low as 40% of the total. 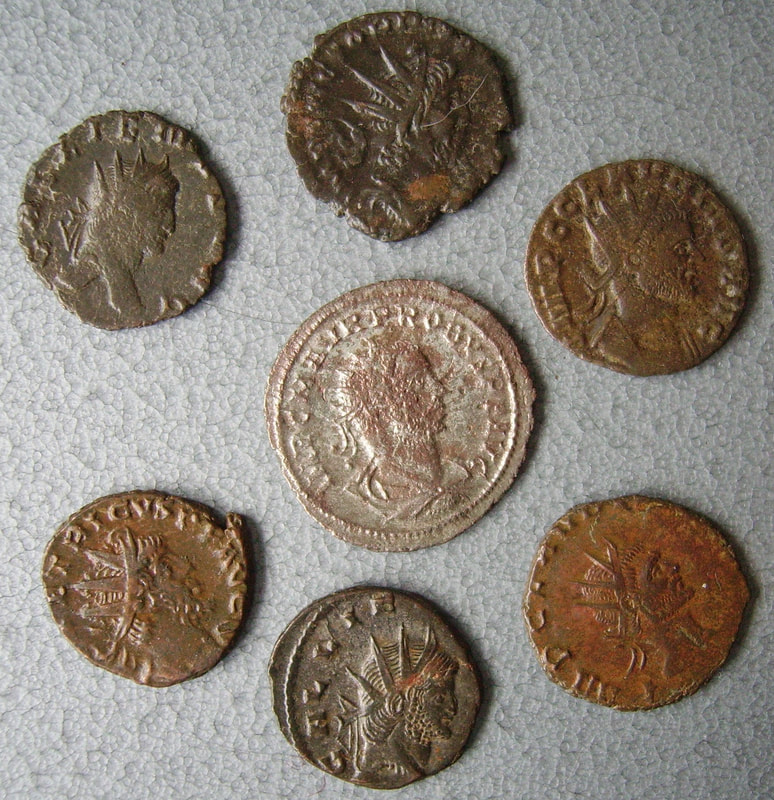 As inflation continued, mainly caused by the need to pay for a larger and larger army,
the antoninianus was devalued and its silver content reduced until it became a small copper/bronze coin
covered with a thin wash of silver.  Various attempts were made in the course of the century to restore
its size and quality, including the use of a new alloy billon (95% copper, 5% silver) as in the centre coin.

At the end of the third century, Diocletian began a major reform of the coinage, a reform that was adapted and completed by Constantine I at the start of the fourth. Included were new gold and silver coins like the gold solidus and silver siliqua shown above. 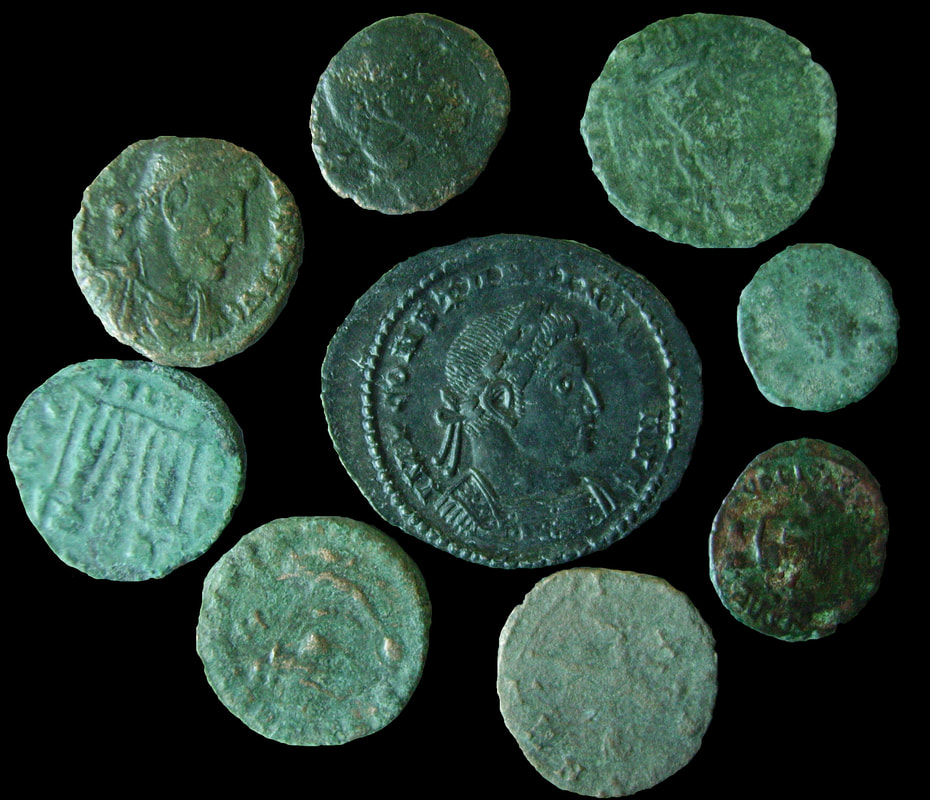 The major bronze coin of these reforms was a follis (centre), originally 28 mm across but later reduced to 22 mm. Constantine's sons added a smaller coin known as a cententionalis (around 17 mm) but other small coins were issued either officially or unofficially. the smallest one shown above (on the right) measures just 11 mm.  We do not know their latin names and coin dealers tend to grade them by size or simply lump them together as nummi, a word meaning 'coin'.  It was originally used for sestertii but modern dealers use it for the smaller coins of the fourth century

In the outlying Provinces, including Britain, antoniniani continued to be made unofficially - these are known to us as barbarous radiates because of the radiate crown on the Emperor's head.
For a more comprehensive guide to The Coins of the Roman Empire, download my free e-Book from
https://payhip.com/johnhigham
(click the image)