HADRIAN COINS
(The images on this page are not to scale) 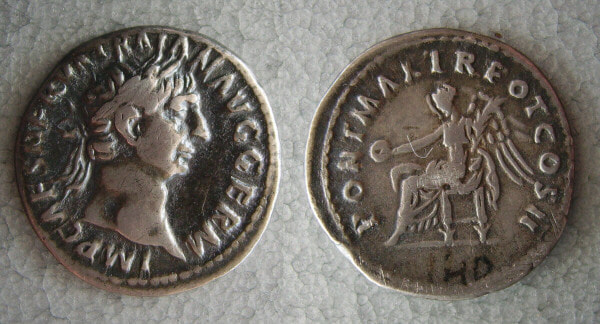 The standard silver coin of the Roman Republic and early Empire (1st & 2nd centuries AD) was the denarius.
A denarius was a chunky coin measuring about 18 mm across and weighing around 3 grams.
25 denarii made one golden aureus but gold coins were mainly for bankers' use and not normally in circulation. 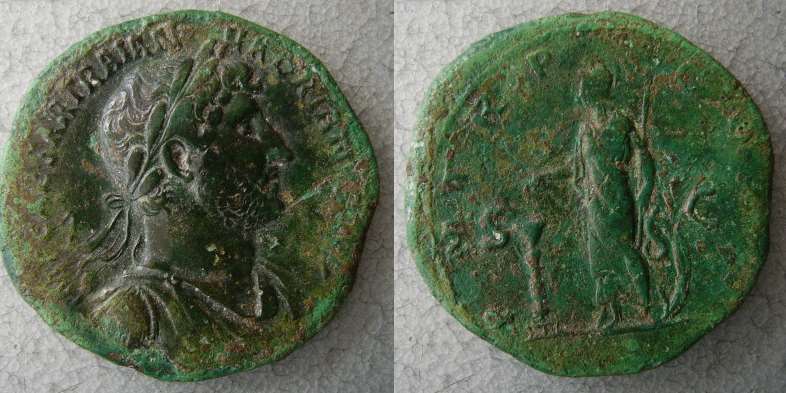 Four brass sestertii were equivalent to one denarius
A sestertius was a substantial coin, approximately 30-35 mm across and about 3 mm thick 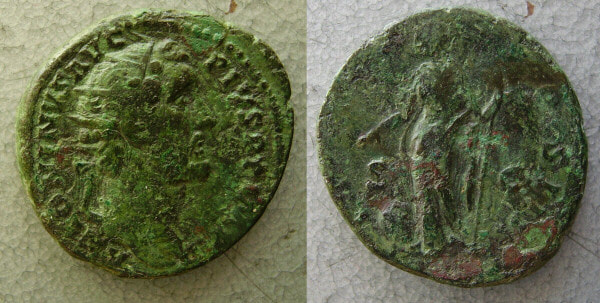 A brass dupondius was half the value of a sestertius.
It can be identified by the radiate crown (representing the sun's rays) on the Emperor's head. 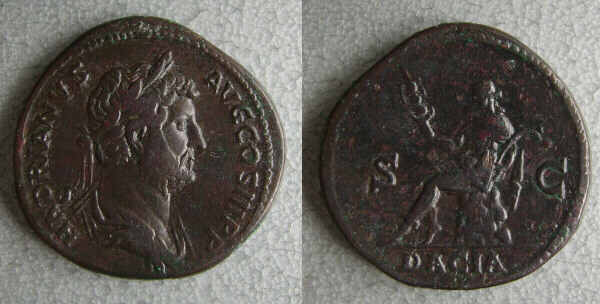 A copper as was half the value of a dupondius.
The two coins were the same size (about 25 mm) but could be told apart by the different colour
of the metal (brass yellow, copper reddish) and by the radiate crown of the dupondius
compared to the laurel wreath crown of the as. 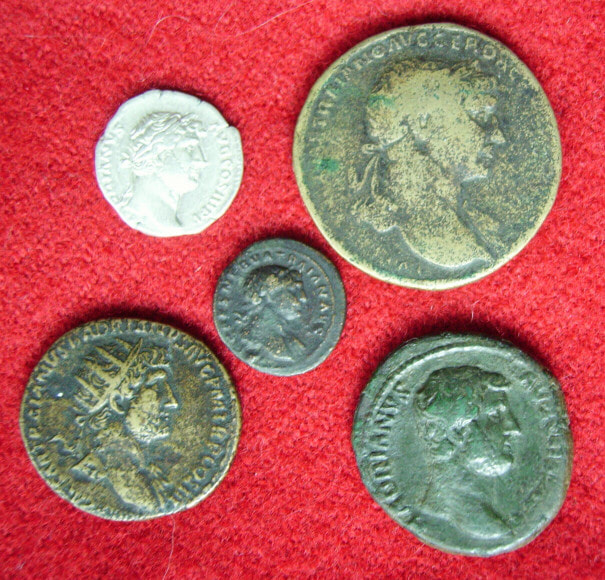 This photos shows the relative sizes of the coins described above.
The small copper coin in the middle is a quadrans, the Widow's Mite of the Bible
and issued regularly up to the reign of Nero but only infrequently after that
when they were probably only used for public handouts.
For a more comprehensive guide to The Coins of the Roman Empire, download my free e-Book from
https://payhip.com/johnhigham